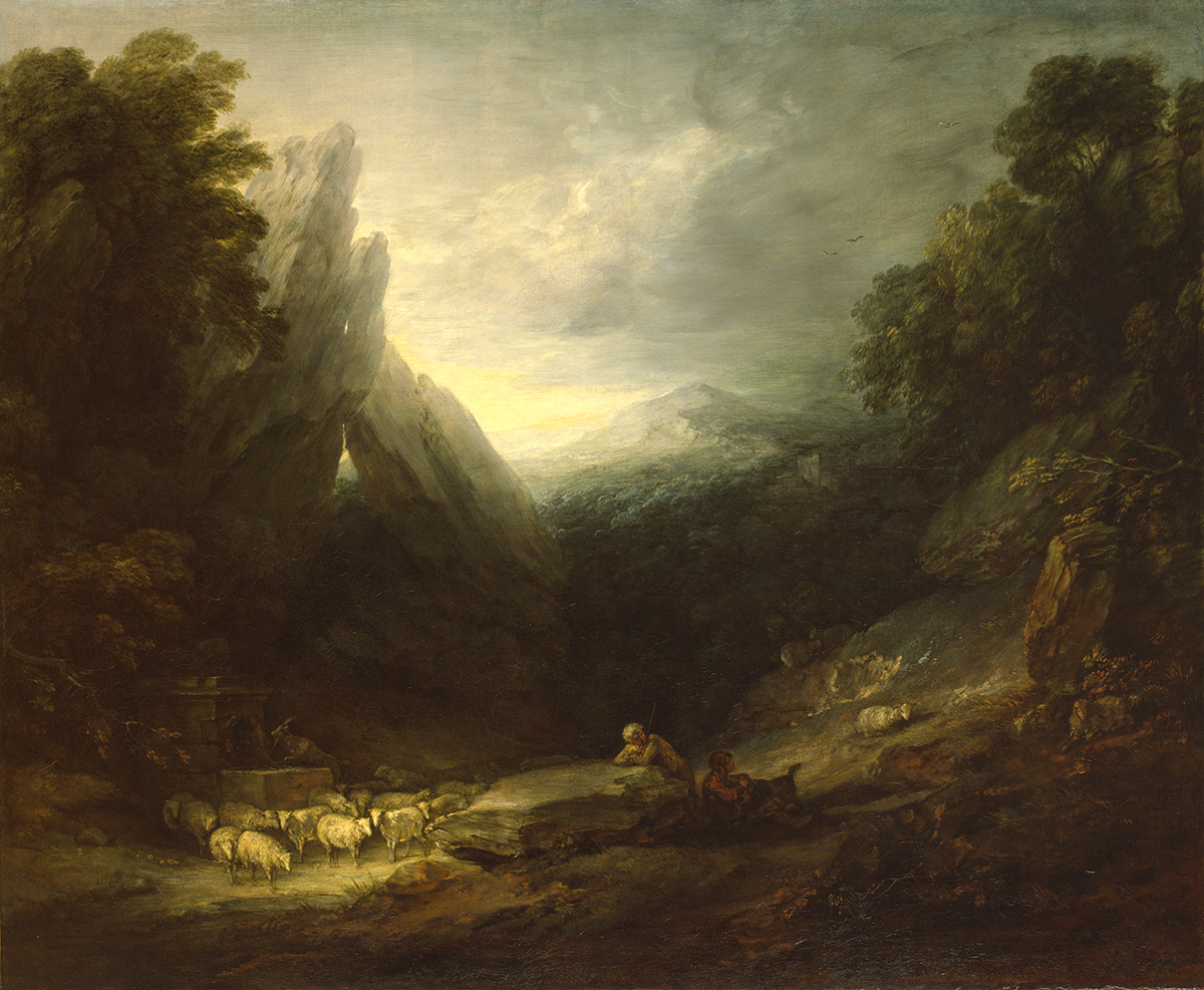 I first saw this large painting when I was elected as a Royal Academician in 1996. I remember it hanging in the General Assembly room at Burlington House to the right of the fireplace. It felt entirely at home there, its shadowy depths, dark green upon a green wall, sharing something of the half-light of this historic but still actively used meeting place.

The apparently unspecific title is perfectly apposite given Gainsborough’s high ambition for his art. Consider the day to day reality of his professional portrait practice, driven by the demands of his sitters. We know he felt constrained by their presence and vanity in ways that occasionally felt claustrophobic. No doubt this tested his patience and ready wit to the limit, and I am in awe of how he managed to maintain the integrity of his imagination during these complicated and delicate social transactions.

By contrast this great lyrical abstraction shows the inventive brush of this music-loving painter seeking out its reverie with a freedom as unconfined as the two birds flying through the upper air. A shepherd boy sits in shade with his dog in his lap. He appears attentive to his flock, but his companion, in classic thinking pose, chin in hand, surely daydreams the painting’s very substance – time and elsewhere. With elegant symbolism the light that touches his brow links the well-spring with the coming day. In 2012 the Royal Academy managed to acquire the drawing for this painting. It shows the shepherds as travellers, but the metaphor is hardly changed.

As a record of a painter’s intention Romantic Landscape is exceptionally true. It is just the painting he wanted to paint. It is not of course a picture of nature as it is experienced but of paintings as they are remembered. This is why I describe it as an abstraction. It is entirely assembled from memory and picturesque formulae. For me, this makes it more rather than less affecting. The choice of such a conventional format to convey emotional truth shows Gainsborough’s identification with, and feeling for, the pictorial tradition that provided his aesthetic reference and home. With this as a given, we are able to appreciate even more the innovation and poetry of his temperament.

In 2018 the Royal Academy’s celebrates its 250th anniversary by revealing a newly-restored Burlington Gardens linked through to Burlington House. One of the most important additions is the magnificent Collections Gallery, where Gainsborough’s Romantic Landscape and Self-portrait will take their rightful place amongst our treasures.