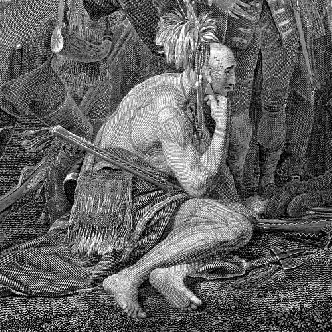 The Death of General Wolfe by Benjamin West, depicts Major-General James Wolfe’s death in 1759 at the moment when Britain announced victory against the French in Quebec. The painting was so popular that William Woollett produced an engraving of it.