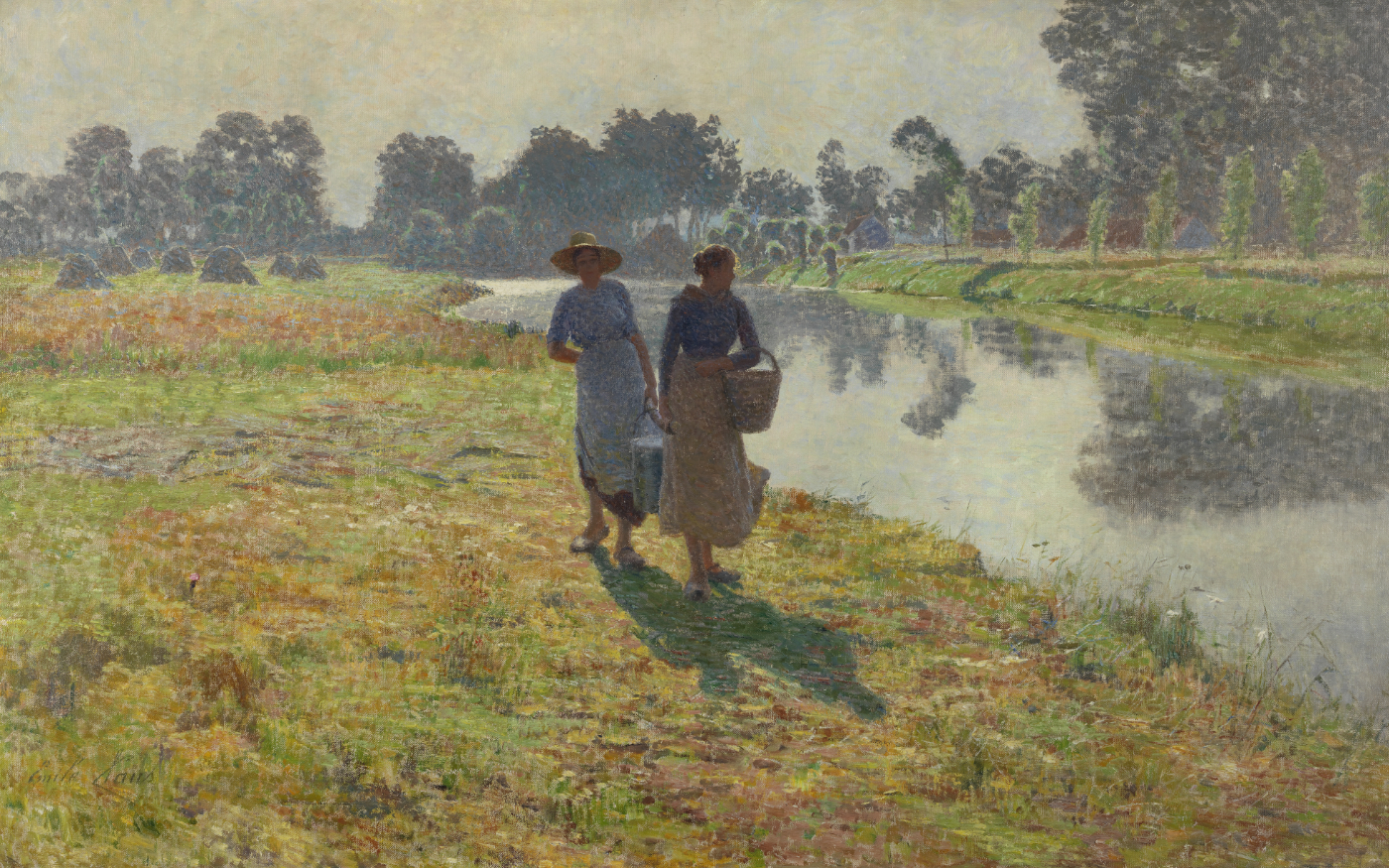 Suffolk and Flanders are not far apart as the crow flies. There have been connections between them for centuries, ever since Flemish merchants came to Suffolk to buy the coveted wool of Suffolk sheep for Flemish weavers to turn into high-quality cloth. By Gainsborough’s day, in both England and Flanders, new manufacturing processes are already heralding the Industrial Revolution – and the overcrowded towns, the stink and the noise it brings with it.

It’s said that in sixteenth-century Flanders the painter Pieter Bruegel would often make field trips into the Flemish countryside, dressed as a peasant. Back in his studio he paints his famous peasant scenes, full of wry observations. A century later, David Teniers captures that same rural character in his charming pictures of fairs and tavern interiors. And in between those two, Peter Paul Rubens paints the landscape of Flanders as only he can: lush and lyrical.

In eighteenth-century Suffolk, the countryside is Thomas Gainsborough’s preferred subject too. A little later, John Constable follows in his footsteps. Compared to the growing forest of smoking factory chimneys, the countryside offers a reassuring timelessness.

The same changes are taking place in Flanders. An enterprising Fleming – a contemporary of Gainsborough and Constable, called Lieven Bauwens – steals the secrets of spinning technology and smuggles that knowledge back to Ghent, his home town and a flourishing artistic centre. Ghent becomes the ‘Manchester of the Continent’. By the mid-nineteenth century it’s one of the most heavily industrialized cities in Europe. There is, of course, a price to be paid for that technological progress. Poverty and filth, endemic diseases, squalid slums. And so Flemish painters do what English artists did before them: they move to the countryside.