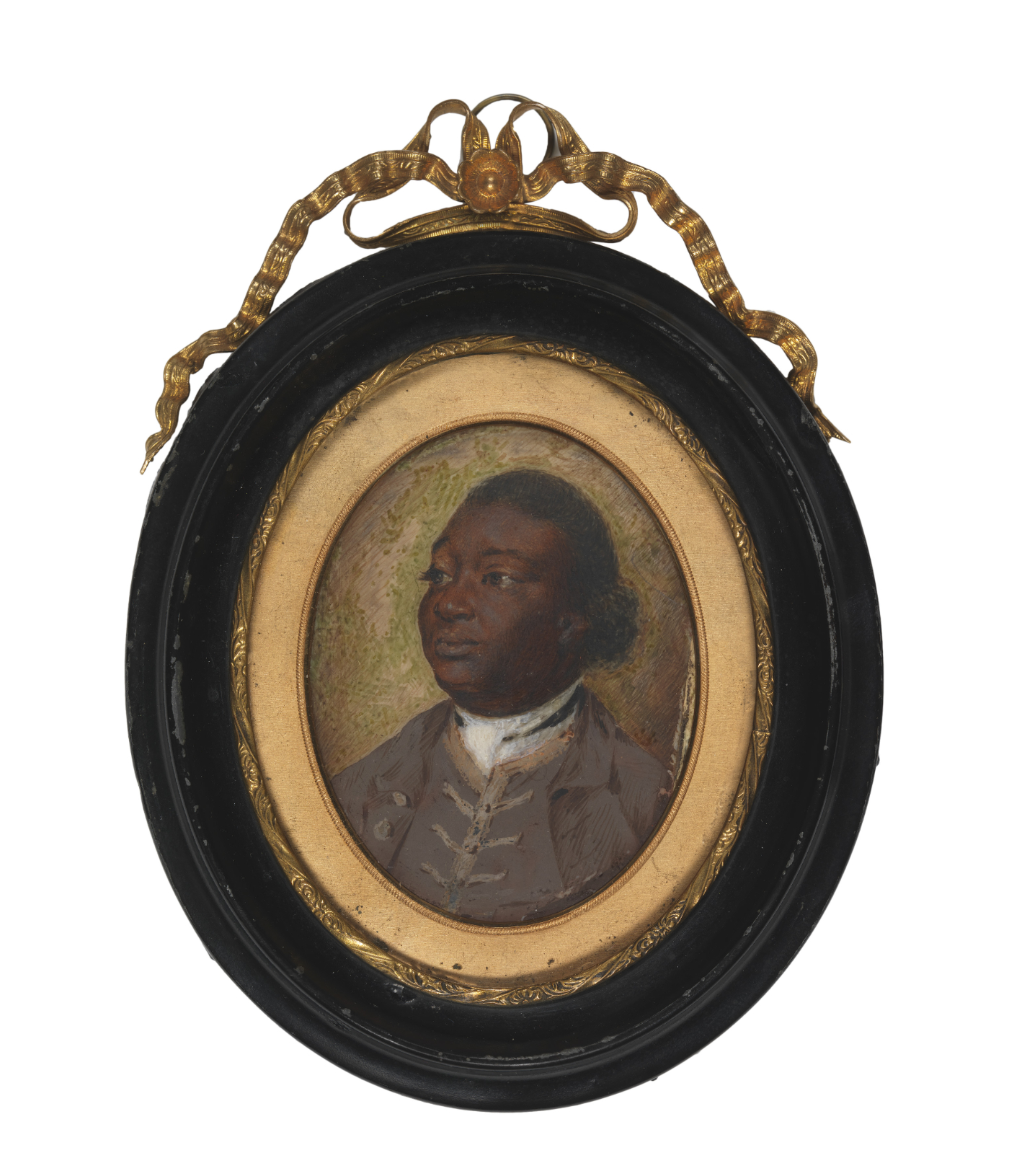 Entrance is included in price of House admission.

In 1768 Thomas Gainsborough painted the portrait of Ignatius Sancho (c. 1729-1780), who was then valet to the Duke of Montagu. The portrait of Sancho is a rare depiction of an African in eighteenth-century Europe shown not as an enslaved person, servant or caricature, but as a gentleman. After Sancho’s death, the portrait was engraved and used to illustrate a publication of his letters, which played a significant role in the abolitionist movement. On display at the centre of this exhibition is a rare copy of the portrait in miniature, which was jointly acquired by Gainsborough’s House with the National Portrait Gallery in 2019.

Sancho lived a remarkable life. Born to enslaved parents in the West Indies, he became famous for his correspondence with the author Laurence Sterne and for the grocers that he ran in Westminster. He was the first African to receive an obituary in the British press.  The temporary exhibition Ignatius Sancho: A Portrait, aims to shed light on just a few of the interesting and varied aspects of Sancho’s life using his published letters as inspiration.  It is supported by loans from the National Portrait Gallery and The Laurence Sterne Trust.

The exhibition has been created in partnership with the National Portrait Gallery as part of their transformational Inspiring People project that includes an extensive programme of nationwide activities, funded by The National Heritage Lottery Fund and Art Fund.