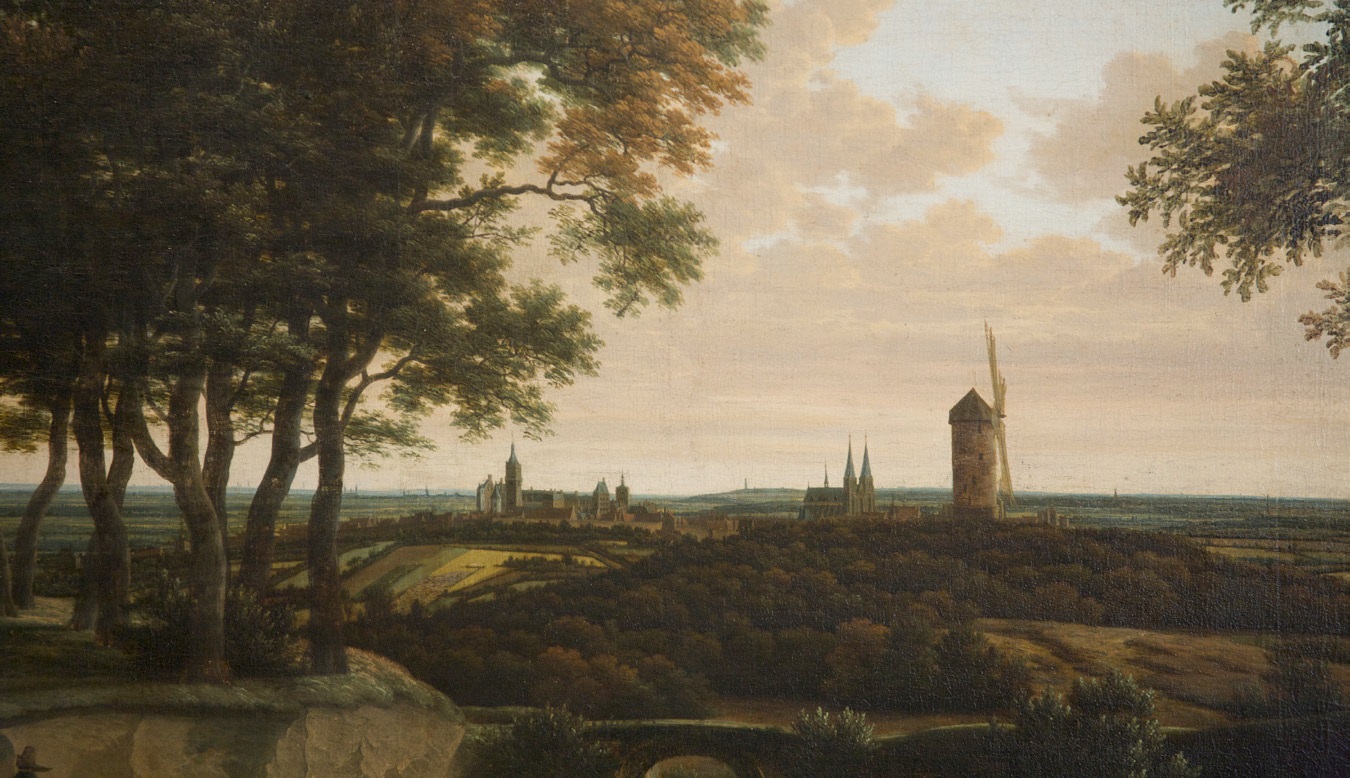 Dutch Landscapes from the Golden Age

As a young artist, Gainsborough was greatly inspired by the Dutch landscape tradition of the seventeenth century. During the 1740s, while Gainsborough was training in London, hundreds of Dutch landscapes were passing through the capital’s sale rooms on a weekly basis. Gainsborough was clearly inspired by his exposure to these images, and evidently sought out opportunities to introduce the Dutch style into his renderings of the British countryside. The selection of works from Rijksmuseum Twenthe show different aspects of Dutch landscape painting which would have captured Gainsborough’s imagination. From the close observation of natural textures and tones exhibited by Jan van Kessel, to the depiction of expansive wooded landscapes demonstrated by Joris van der Haagen; and from Hendrick ten Oever’s portrayal of rural labourers, to Jan van Goyen’s sentimental approach to capturing rural rustic life: Gainsborough’s indebtedness to the Dutch tradition can hardly be overstated.