With over sixty oil paintings and works on paper by Thomas Gainsborough, spanning his whole career, the collection at Gainsborough’s House offers a unique opportunity to see the artist’s entire oeuvre in the very special setting of his childhood home.

His achievements as a portrait painter are recorded through early head-and-shoulder portraits and outdoor conversation pieces from his Suffolk period, images of aristocratic patrons in full finery from his Bath period, and large-scale exhibition pieces produced at the height of his career as a Royal Academician in London. Figure studies of various sitters, including his daughters, demonstrate his working methods and thought processes in capturing likenesses and honing compositions.

His work in landscape – a genre for which he had a particular personal fondness – is represented by numerous studies of flora and fauna from the countryside around Sudbury. There are also many compositions inspired by the seventeenth-century Dutch and Italian traditions; sentimental renderings of agricultural landscapes populated by rural labourers; and examples of the ‘cottage door’ style for which he gained such great acclaim toward the end of his life. 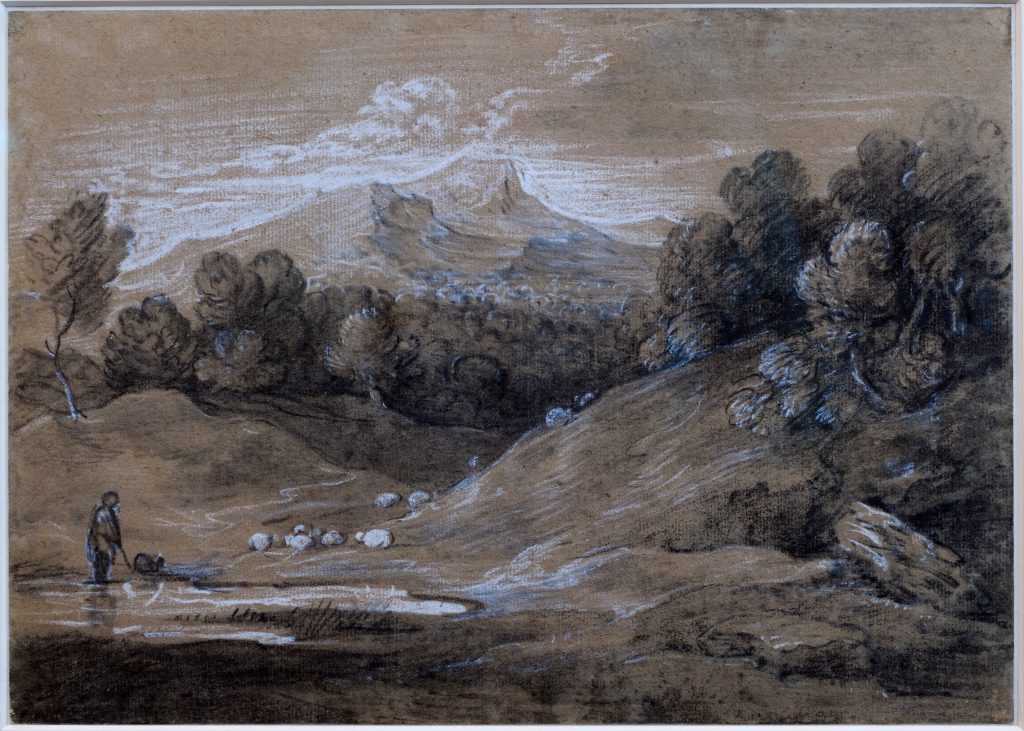 The variety of media used by Gainsborough in the works on paper in the collection highlights the highly experimental side of his output. Chalk and charcoal, graphite and colour washes, waxy varnishes and even concoctions using skimmed milk reveal Gainsborough’s insatiable desire to test the different effects he could produce with innovative techniques and materials.

The gallery’s complete collection of Gainsborough’s lesser-known work as a highly original and innovative printmaker further demonstrates his artistic individuality. Of particular note are his pioneering endeavors in soft-ground etching and aquatint, carried out soon after the technique had been first introduced in Britain.

Nowhere else in the world can such a comprehensive collection of Thomas Gainsborough’s work, and the work of those he inspired, be seen in a single setting.

Gainsborough’s House also owns a significant number of works by other notable figures in the field of eighteenth-century British art, providing a valuable framework for interpreting Gainsborough’s art in its historical context.
Around one hundred images depicting local topography and sites of interest around Sudbury add extra local interest to the collection.